Short Story: In September 1943 the two german battleships Tirpitz & Scharnhorst, together with a few Destroyers, participated in a raid on Spitzbergen. The goal of this raid was the destruction of an allied weather & broadcasting station nearby Barentsburg, together with some other supply facilities.

In Game: As you can see we’ve only used Tirpitz for this in game sortie, simply because it’s the only ship that’s usable at the current day (February 2018). You might also notice that Tirpitz is missing it’s secondary armament, any anti-air guns, anchors & anchor chains and glas windows. 🙂
At the actual stage of development we’re using this simplified & unfinished model of Tirpitz simply as a placeholder, but she’s still a Beauty 🙂 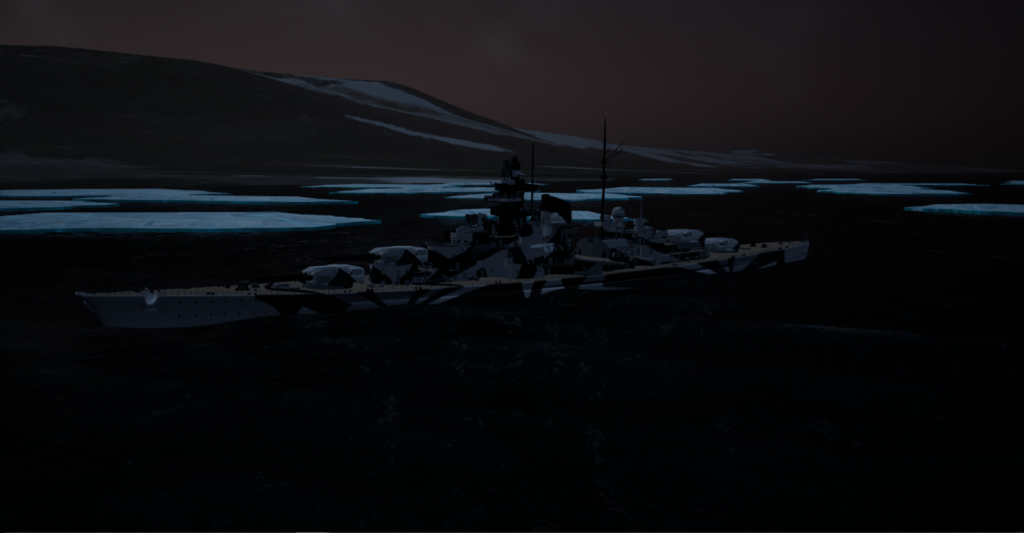 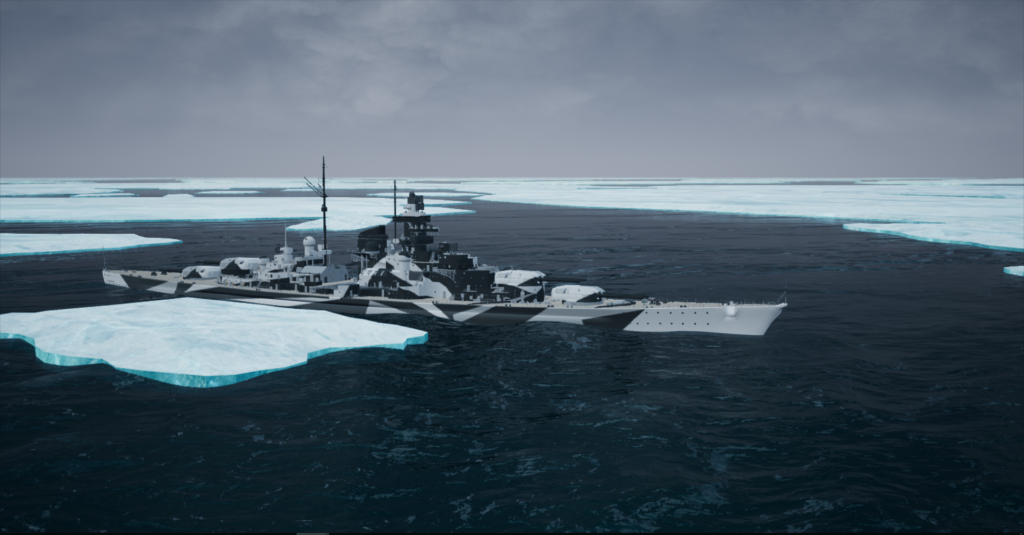 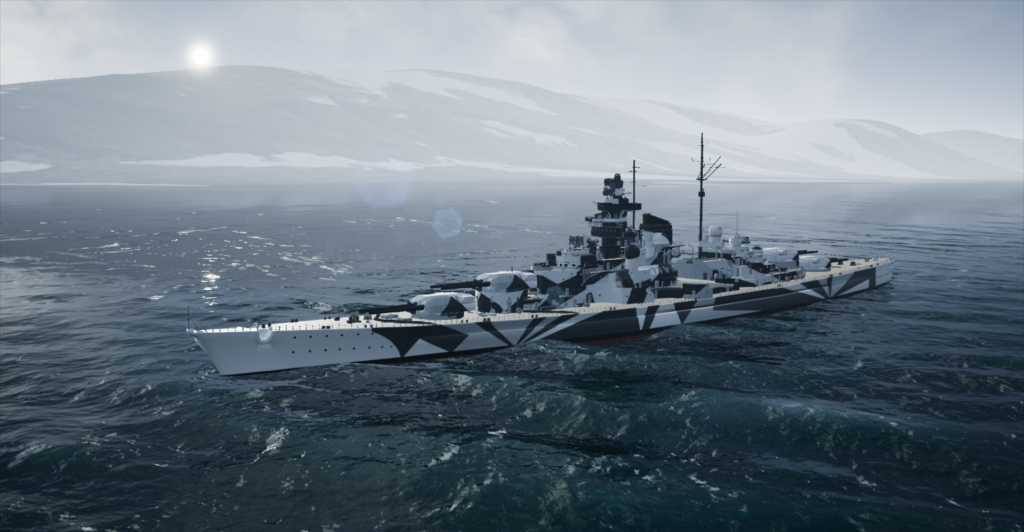 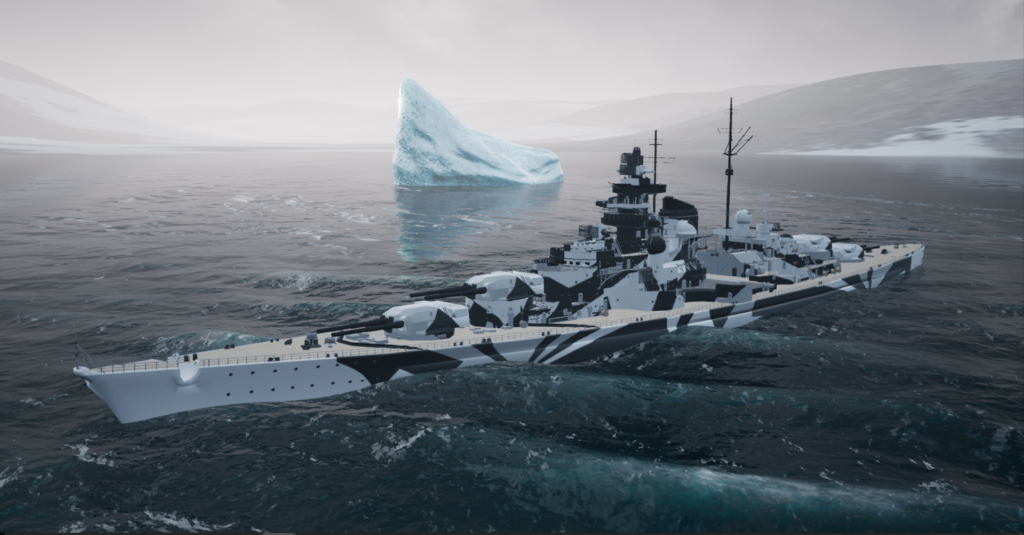 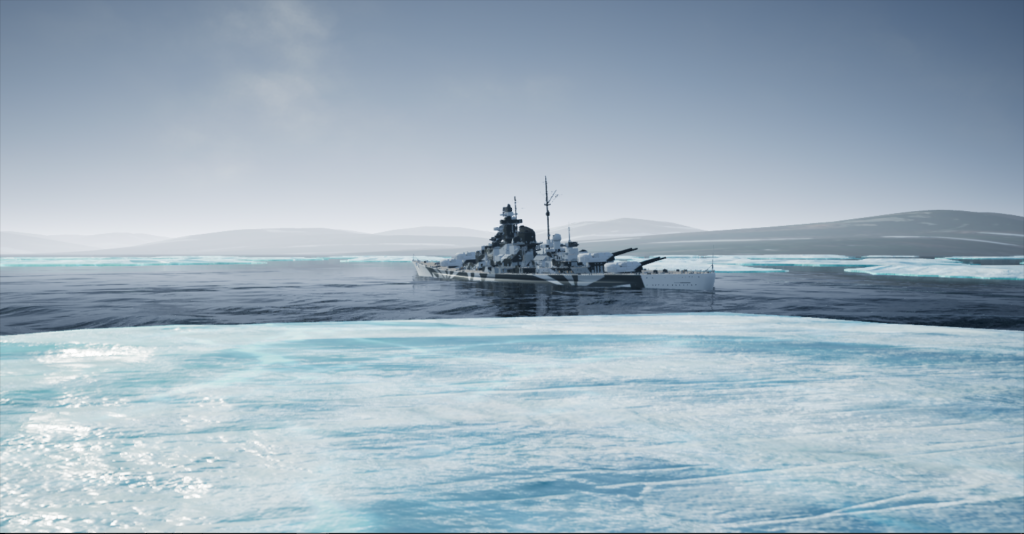 Tirpitz nearby Barentsburg/Spitzbergen,
~07:00 in the morning, September 8th, 1943 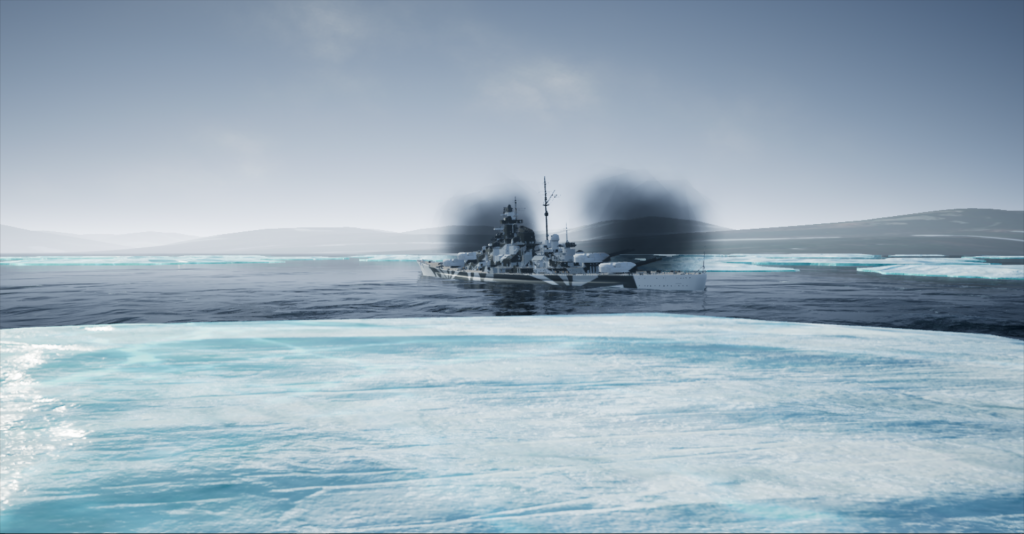 Tirpitz opening fire on Barentsburg/Spitzbergen,
~07:00 in the morning, September 8th, 1943 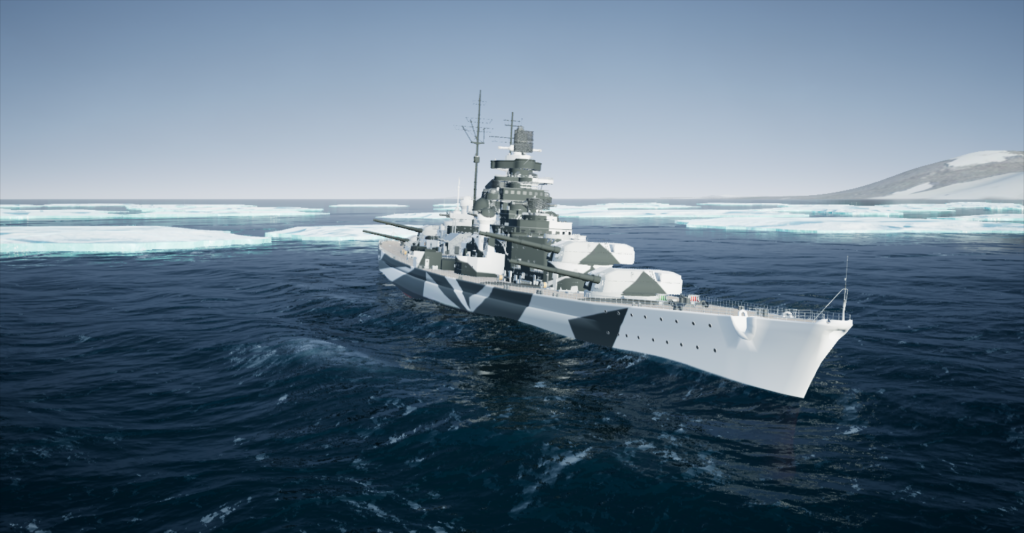 Tirpitz firing on Barentsburg/Spitzbergen,
~07:00 in the morning, September 8th, 1943 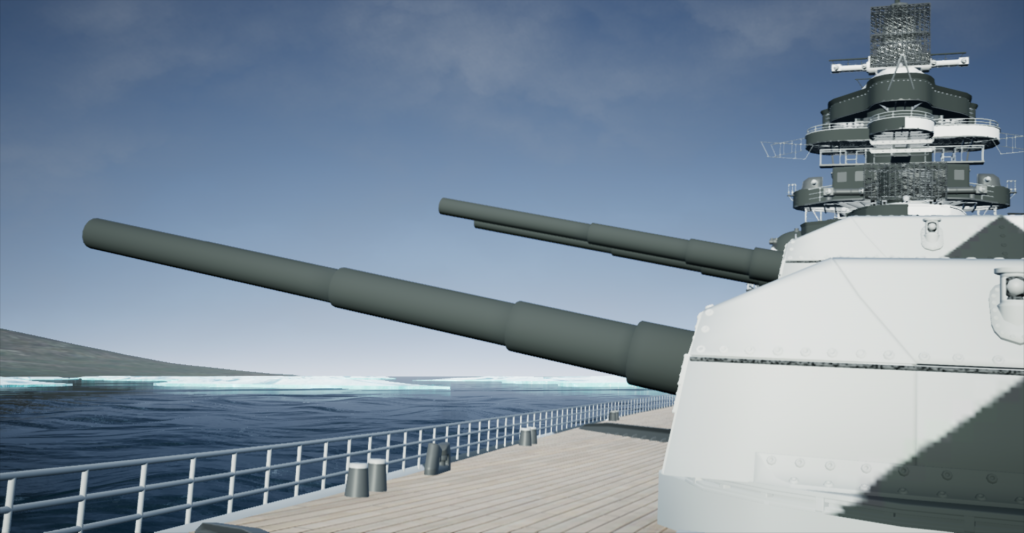 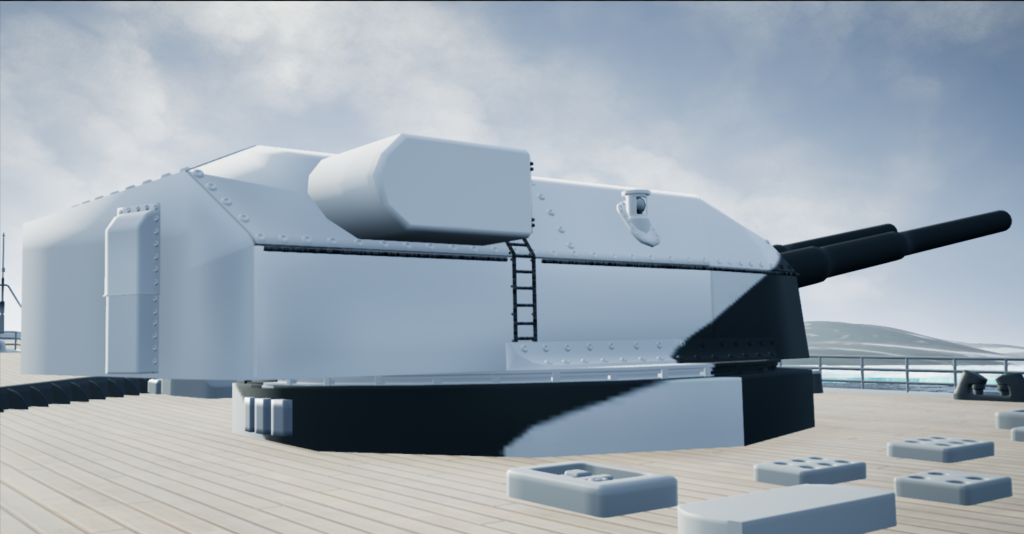 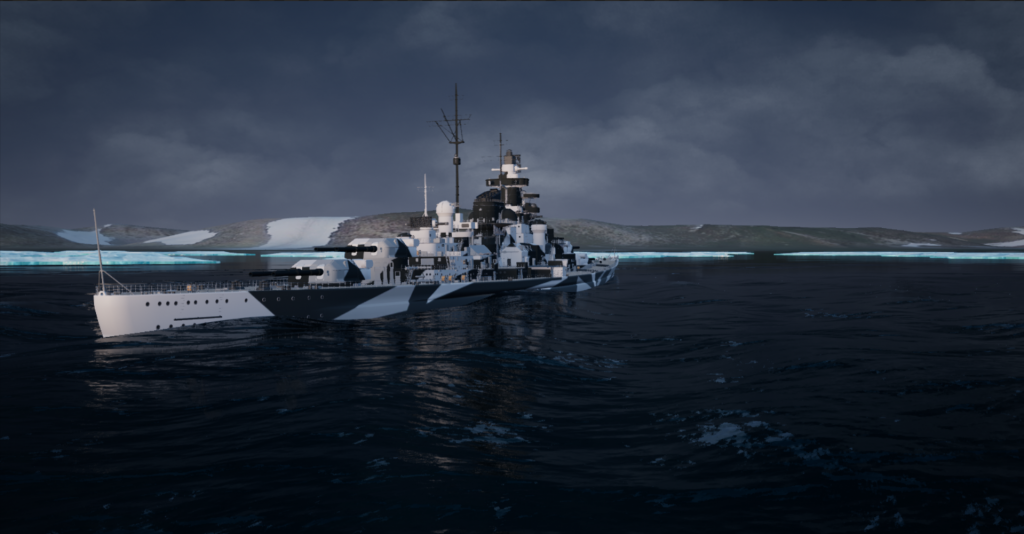 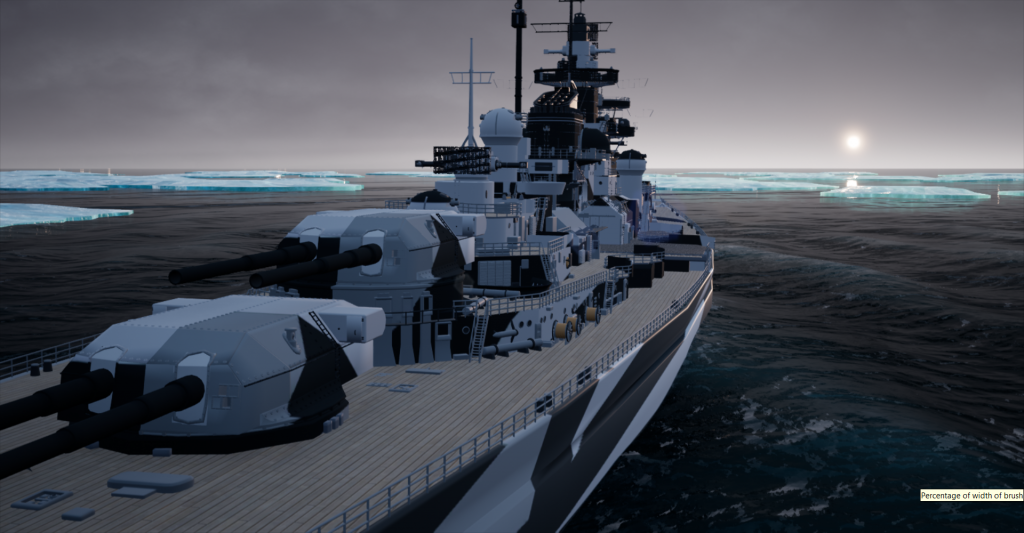 Tirpitz heading westward, away from Spitzbergen,
17:54 in the evening, September 8th, 1943 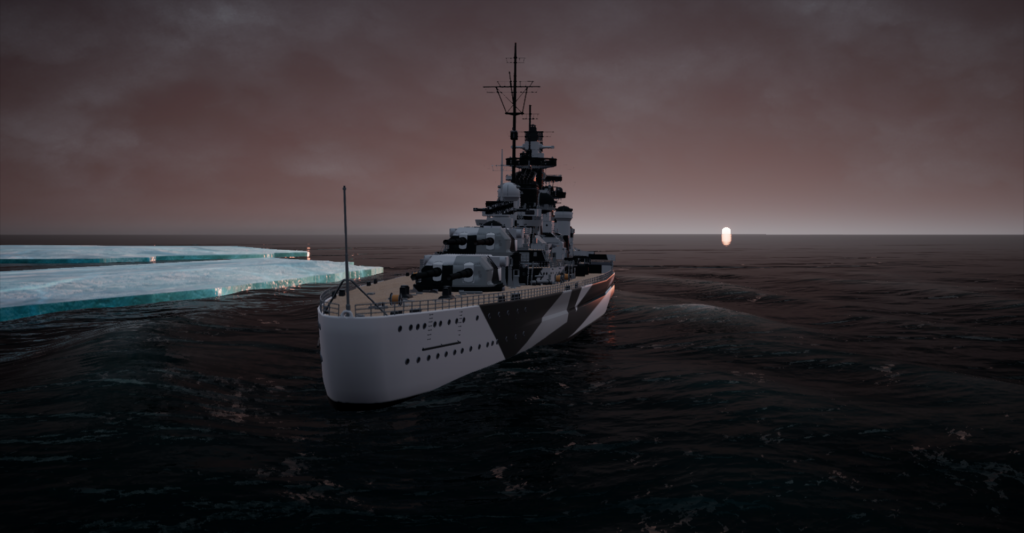 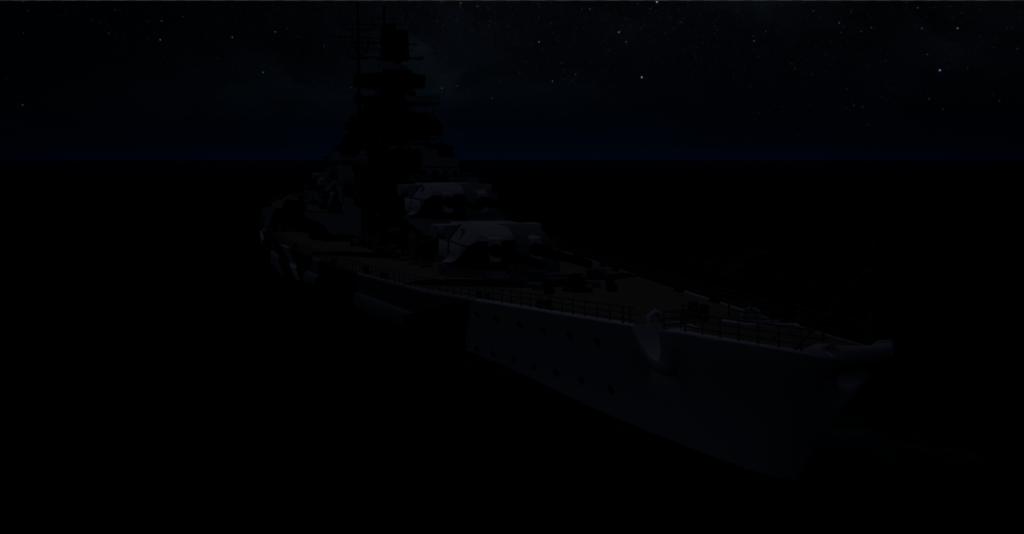 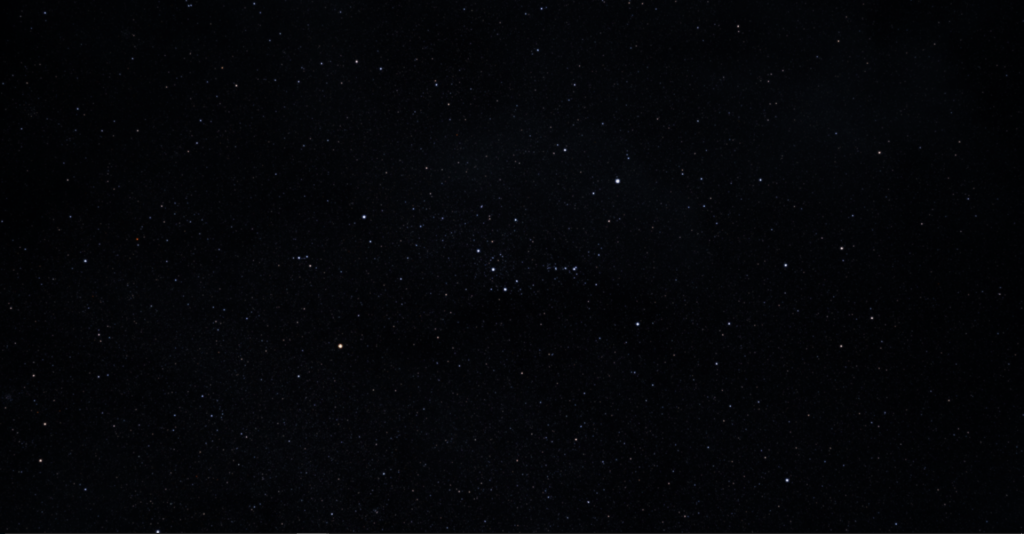 State of Development February 13th, 2018
By the way Star, Sun & Moon positions are actually pretty accurate already, so celestial navigation will be possible once we have a sextant & star-almanac in game! 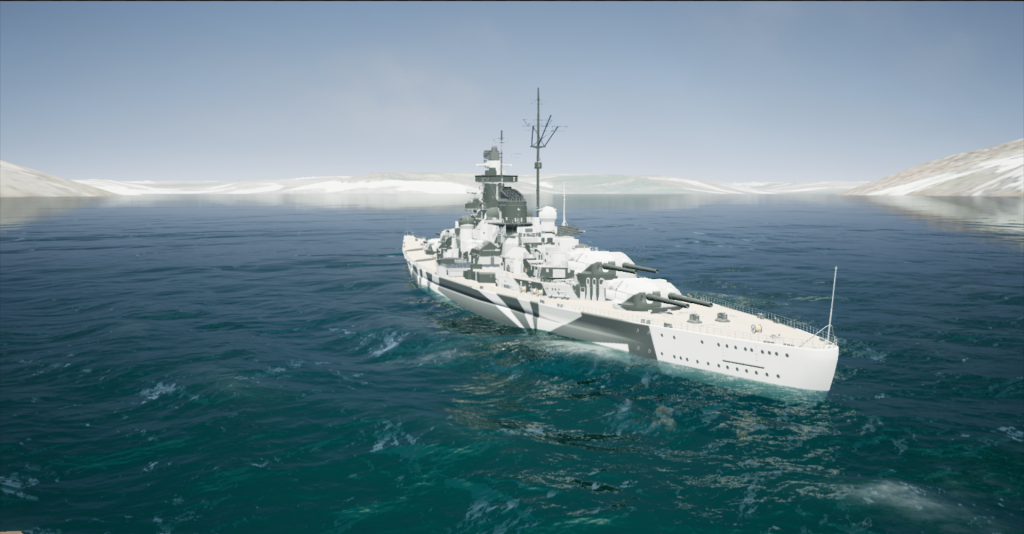